Cyberhawk reports strong year of growth in the wind sector 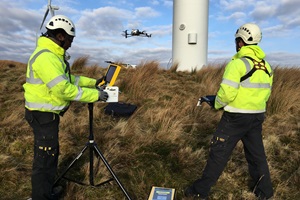 Cyberhawk Innovations has reported 12 months of success within its wind division Using Unmanned Aerial Vehicles (UAVs), also known as drones. The company has worked with 16 clients across the UK, Ireland and Europe during 2016, and has inspected hundreds of wind turbine blades.

Key milestones for Cyberhawk have included:

In 2016, Cyberhawk also completed a contract for wind energy operator, Engie. This project involved the inspection of the blades at multiple wind farms.