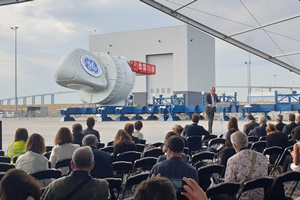 Installation at sea will begin in 2021 with anchoring of the foundations and burying the inter-turbine cables. Then, the electric substation will be installed in the sea during the summer.  In spring 2022, the first wind turbines could be installed offshore and progressively commissioned. This start-up process will last until year-end.