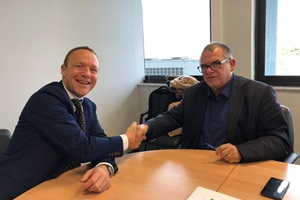 EWT has signed a contract with PPC Renewables from Athens, Greece for a project to install 22 of its turbines on 10 different Greek islands.

In August 2017 PPCR announced the tender for 18 wind farms in Greece and 10 of those wind sites were awarded to EWT in November.The order includes delivery, installation and commissioning of 22 DW 52-900kW wind turbines. The turbines will be serviced by EWT via a long term DirectWind Service package. The turbines are expected to be installed during 2018.