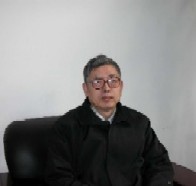 As a clean and renewable energy, wind energy has great prospects for exploitation and utilisation, and the technology has been maturing. In recent years, the Chinese wind energy industry has developed rapidly. Wind energy technology and production capability in China have also made great progress. This year, the ‘Renewable Energy Law’ has been enacted, and it will help to promote the development of wind energy in China.

By He Dexin, President, Chinese Wind Energy Association
.
China is a developing country with a population of 1.3 billion. In 2003, its total energy consumption was about 1.68 billion tonnes of coal equivalent, which was an increase of 13% over the 2002 figure. Coal consumption represents 67.1% of total energy consumption, leading to much emission of greenhouse gases such as carbon dioxide, which results in severe damage to the ecological environment. Therefore, improving the energy resource structure, utilisation of renewable energy, relieving pollution and upgrading people’s life quality have become very important strategies in the sustainable development of the Chinese economy and society. The Chinese government regards large-scale exploitation and utilisation of wind energy as one of the most important targets in its energy development strategy.
China is comparatively rich in wind energy resources. It is estimated that the potential wind energy resource on land is about 253GW, and three times this offshore. By the end of 2004, 43 wind farms had been built, and the installed capacity rose to 764MW. The annual wind energy yield is 1.5TWh, with a feed-in-tariff of RMB 0.5–0.7 yuan per kWh. In addition, China also has more than 200,000 units of small wind turbine generators with 35MW installed capacity in total, which is mainly for the local people’s daily use in remote areas. China has independently developed a 750kW wind turbine generator and the mass production of it has commenced. At the moment, China is engaged in developing a 1MW wind turbine generator and planning the construction of offshore wind farms.
In order to speed up the Chinese wind energy development, NDRC (the National Development and Reform Commission of China) has put forward the ‘Mid and Long-Term Development Programme for Renewable Energy’, in which the total installed capacity for wind power throughout China goes up to 1GW by the end of 2005, 4GW by the end of 2010, 10GW by the end of 2015 and 20GW by the end of 2020.
To promote the development of renewable energy such as wind, the Chinese government has undertaken a series of measures. First of all, China has adopted a wind power concession for wind farm construction projects. The government chooses wind farm projects of over 100MW and selects investors through bidding, taking the feed-in-tariff and the localisation rate of equipment as conditions. The government guarantees to purchase all the electricity generated from that wind farm based on the bidding price. To date, there have been five projects of this kind constructed in China. Secondly, the ‘Renewable Energy Law’ was enacted on 28 February 2005. It is a law that boosts Chinese renewable energy development through resource surveys and development plans, price management and fee sharing, economic incentives and supervisory measures. These play an important role in directly promoting the development of wind energy. Its other terms and conditions, such as industry guidance, technical promotion and application, are also beneficial for wind industry development and creation of a market. Thirdly, China has initiated the ‘China Brightness Project’ , which is concerned with the daily use of electricity by people in remote and poor areas. Its goal is to realise the supply of electricity to 23 million people by wind photovoltaic supplement systems by 2010 with a total investment cost of RMB 3 billion yuan.