View from Inside April/May 2005

Wind Energy can Cover 16% of Spanish Electricity Demand in 2011 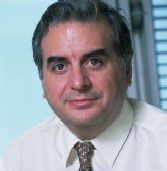 Wind power is the most developed of all renewable energy technologies in Spain. It is also the one that can and should contribute most towards reaching the national objective of covering 12% of primary energy consumption from renewables by 2011. At present the total wind energy capacity installed in Spain is 8,300MW, the second highest capacity worldwide, after Germany. The main reason for this success has been an appropriate regulatory framework, the availability of resources, and the industrial and technical capacity of the Spanish companies.


By Fernando Ferrando President Plataforma Empresarial Eólica
.
Nevertheless, doubts and worries marked the start of 2004, both for the renewables sector in general and for the wind power industry in particular. A new regulation was then in the making, namely the Royal Decree (Real Decreto) 463/04. The regulation was eventually rubber-stamped on 12 March. However, towards the end of the year, expectation prevailed, following a change of government earlier in the year. The new government has decided to revise the renewable energies promotion plan (Plan de Fomento de las Energías Renovables). The revision includes a clear commitment to raising the wind power target, taking into account not only existing on-line capacity but also the sector’s excellent and fast response to all the initiatives and requests by the electricity operating system. The revision will also respond to investor demands regarding stability.
Thus, the sector climate changed significantly in the second half of the year. The first half was marked by fears of not reaching the 13,000MW installed wind capacity target for 2011. In contrast, at the time of writing, sector doubts have come to centre, instead, around the issue of a new wind target and by how much it can be raised.
Within this backdrop of substantial change, PEE (Plataforma Empresarial Eólica) has played a leading role. It is also the main body for communicating to the administration the existence of a professional sector, possessing the technological and management capacity demanded by the new growth objectives. PEE stresses its firm commitment to meeting the challenge, based on demands from both European and Spanish society, that wind power consolidate itself as one of the main technologies within the electricity supply mix.
PEE has contributed considerably to the design of the new operating rules, bringing forward innovative ideas and economically viable solutions for the electricity system. As a result, the sector enjoys stability and long-term visibility of earnings, which, combined with a reasonable rate of return on investment, have brought back confidence to investors. The clearly apparent dynamism of wind activity in Spain – now with the highest growth rate in the world – is directly linked to its adaptation to the new setting.
PEE has also entered into the technical aspects of wind power in order to help integrate this energy source with conventional generation technologies. Two projects still in progress stand out from the rest.
The first is the Exercise for Programming Electrical Production from Wind Power (Ejercicio de Programación de la Producción Eléctrica de Origen Eólico), a pioneering initiative that will enable us to fine tune and optimise the wind forecasting tools currently available. The second project involves the dynamic studies of grid stability, carried out in conjunction with system operators. The studies will identify the protections and behaviour that a wind plant should have in order to respond positively to any sporadic situations of instability.
Important challenges and hard work await us in order for wind power to become one of the main pillars within the generation mix of Spain. However, Spain, a country with a lack of indigenous energy sources, with the exception of renewable sources, is committed to sustainable development. The wind sector, and PEE as its representative body, are ready to meet these challenges and achieve the objectives.