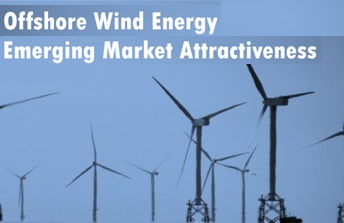 With more than US$ 647 million of foreign direct investment in offshore wind project development and domestic supply chain ramp-up at stake, Taiwan risks losing its mantle as one of the hottest offshore wind energy markets in the world. At the heart of this is the change in the feed-in tariff, which could face a steep reduction.
By Philip Totaro, Founder and CEO, IntelStor, USA
The Taiwanese Ministry of Economic Affairs proposed setting the feed-in tariff (FIT) for wind power to TWD 5.1 per kWh in 2019, down 12.71% from TWD 5.8 per kWh in 2018. This action has led several offshore wind project developers to wait for further clarification before re-engaging with potential offtakers as well as supply chain companies who are all poised to make significant capex investments there.
Deputy Minister of Economic Affairs Tseng Wen-sheng recently stated that ‘The industry’s success also has to do with the nation’s economic, financial, industrial and legal environment…’. If the FIT change becomes permanent, this potentially leaves the door open to other forms of commercial incentives which could be offered to the industry in lieu of the FIT reduction.
These alternative incentives could include tax or other financial incentives for domestic production commitments, or preferential finance rates from domestic financial institutions for project development or other capital investments.
Domestic supply chain companies including Century Iron & Steel and China Steel are optimistic about a sensible solution, but they have also warned that without a FIT scheme that offers a reasonable rate of return for the companies involved, Taiwan could miss out on the opportunity to become a leader in the Asia-Pacific region.
In the meantime, the South Korean energy ministry has set a goal of increasing the portion of renewable energy from the current level of 7% to 20% by 2030. It will also phase out nuclear energy when those plants reach the end of their service lives.
At the beginning of November 2018, the South Korean government entered into a renewable energy cooperation agreement with Denmark. The agreement contemplates cooperation on the development of energy policy and regulations for renewable energy in South Korea. The agreement will also enable joint development of projects between Danish and Korean companies as well as joint technology development, technology transfer and support for domestic turbine and foundation production.
South Korea also recently announced a 4GW hybrid solar offshore wind complex that will be built in the Saemangeum reclaimed land area in Gunsan, Jeollabuk-do Province. The government plans to facilitate KRW 10 trillion of private investment in the Saemangeum area to establish this solar/wind complex, along with research and development centres which will assist in the development of new technologies to make them more efficient.
Governments around the world will soon learn that making firm commitments to renewable energy capacity additions, along with the requisite support schemes, will lead to significant growth in their gross domestic product and foreign direct investment.
Table 1. Emerging offshore wind market attractiveness