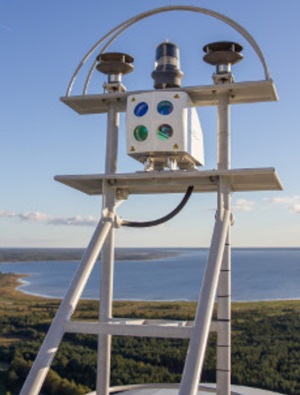 The WindVISION LiDAR from Windar Photonics has been integrated with the Eleon3.4M-118 wind turbine. Eleon has chosen to use the 4-beam LiDAR as a means of reducing load cycles affecting the turbine, due to the LiDAR’s ability to detect wind shear, gusts, and wake.

Eleon expects to erect 30 Eleon3.4 turbines by the end of 2018 at the Aidu wind farm in Estonia, where each of the turbines will be commissioned with a WindVision as part of the standard anemometry of the wind turbine.