Renewable energy is still too often seen by the general public as merely an add-on to the power generation fleet: green, 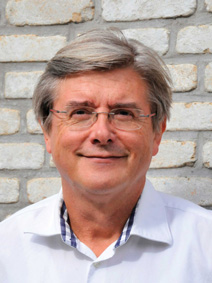 and (sometimes) economic. At the same time there seems to be a general belief that in a power system with lots of variable renewables a full back-up by conventional power plants or expensive storage solutions is necessary even if (as is likely in the future) large shares of the energy consumption are being provided by wind and solar plants. It is not easy to counter this general misconception, especially because the complexities of the technical discussion about power systems are exacerbated by the variability of wind and solar power.

The consequences of lack of proper understanding of the ‘grid support value of wind’ can be illustrated by the example of Belgium. This small country is equipped with an impressive fleet of sometimes rather aged nuclear power plants. These plants are starting to suffer from annoying technical problems and several of them have been, or still are, shut down for long periods, allegedly hampering the security of supply. But they remain cash cows for the owner/operator (being written off) and for the Belgian government (because of the tax imposed on the operator). In the light of these short-term financial benefits, the government decision to rescind earlier agreements to close down the oldest plants did not come as a surprise. Two main elements of ignorance appear to dominate the public debate in Belgium around the energy future: lack of understanding on how power systems work and ignorance about the potential contribution of a more proactive roll-out of wind and solar power capacity to support the power system. In such a climate of ignorance, doom scenarios about possible black-outs found believers. Parliamentarians could only see the dilemma of choosing between accepting forced power cuts to electricity consumers or continuing to rely on power production from aged nuclear plants, whereas there is a third way: proactively deciding on more renewables.

Studies like the European REserviceS project have demonstrated how variable renewables can support the grid by participating in ancillary services. Findings and insights from such studies can help to improve the general understanding of how wind and solar power really can allow conventional plants to go into retirement safely, and without exposing consumers to high electricity prices.

Despite recommendations such as those provided by the REserviceS project, the renewable energy industry in Belgium has abstained from defending its case and remained as good as silent. As a consequence, the Belgian government has chosen to keep going with a mix of energy supplies which includes a high share of nuclear and this has marginalised the role of renewables for a generation to come.