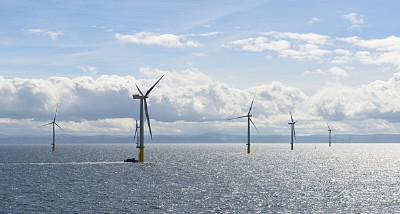 With an installed capacity of 576M Gwynt y Môr is the worlnd’s 2nd largest offshore wind farm. In total, 160 wind turbines will produce enough power to supply some 400,000 residential households with renewable electricity per year. The inauguration of the more than GBP 2 billion wind farm is a significant achievement for RWE (60 per cent) and its partners in Gwynt y Môr, Stadtwerke München (30 per cent) and Siemens (10 per cent).