Alternatives to Electricity for Transmission, Storage and Integration of Renewable Energy 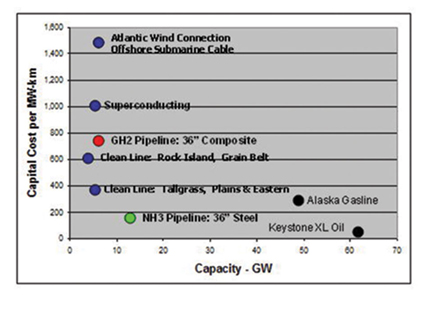 Humanity's greatest challenge at present is converting the world's largest industry from around 85% fossil to 100% renewable energy (RE) sources as quickly as we prudently and profitably can. Nothing less will allow us to escape the likely synergistic consequences of large-scale fossil fuel combustion, including rapid climate change and global warming, accelerating sea-level rise, ocean acidification, species extinctions and violent human conflicts. Although large amounts of RE could be produced, existing electricity grids are not capable of transmitting this energy to where it is needed. The author argues that rather than just extending electricity grids it would be worth looking at alternatives (such as hydrogen and ammonia carried via underground pipelines) for storage and transmission of RE.