On Top of Turbines 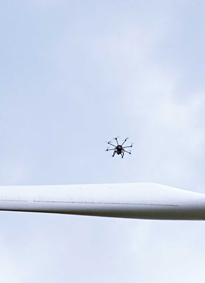 The first wind turbines erected offshore were not designed for that environment. Tough lessons were learnt from the early installations in the open sea. Anything that could fail did fail, and that included rotor blades, which were found to require professional refurbishment much sooner than those on onshore turbines. In this article, Morgan Troedsson, of FORCE Technology, discusses the problems that can occur with blades on offshore turbines and how any damage can be assessed and dealt with.
By Morgan Troedsson, Product Manager, FORCE Technology, Denmark