On 21 October Gamesa inaugurated its first offshore G128-5.0MW prototype in Spain at the Arinaga quay in Gran Canaria, Canary Islands. About 80% of the turbine is based on the company’s 4.5MW onshore technology. 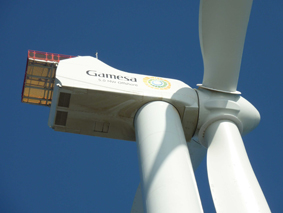 Core features of the turbine are: 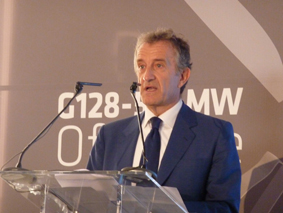 Gamesa’s Executive Chairman Mr Ignacio Martín addressed the audience during the inauguration event. In his speech he urged the government that a clear policy and support is needed in Spain if Gamesa’s success story in Spain is to be continued. Without this, the company might be forced to close some of its manufacturing facilities. He added that if there is no money to support new wind farms in the country the government should at least come up with a support system for repowering Spain’s older wind farms in order to avoid loss of capacity.
Joomla SEF URLs by Artio