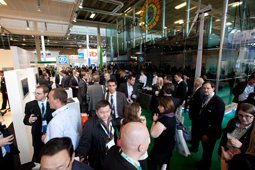 Every year the EWEA Annual Event brings together companies and individuals that play an active role in shaping the future of our industry and creating the innovations today that will be so crucial for building a better tomorrow for wind energy. This year EWEA 2012 was held in Copenhagen, Denmark, from 16 till 19 April. Around 450 exhibitors came from all over Europe and beyond to make themselves known to the 10,000 or so visitors who attended the event. This year’s theme was 'Innovating today, shaping tomorrow'. Innovation is a recurring theme in many of our articles and a visit to EWEA 2012 was a great way to be kept informed about the latest developments and to get inspiration for future articles.
{access view=!registered}Only logged in users can view the full text of the article.{/access}{access view=registered}
Reducing the Cost of Energy
Everybody knows that suppliers and manufacturers are facing difficult times at the moment for a variety of different reasons, including the Chinese market slow-down, the looming PTC extension in the USA, and the ongoing economic situation in Europe. The prices of turbines, and the margins that manufacturers are having to accept, are under pressure due to the fierce competition between the many manufacturers, possibly too many for the current market situation. In 2011, revenue and margins were lower than ever before for many companies. So getting the price down is an important issue. For a while the industry has been talking about how the cost of the energy produced needs to be brought down, but until recently no one has set a roadmap or time-line for this. During this year’s event there was much more discussion on this topic than there had been before. It is not only vital to become more profitable in order to be able to invest in R&D, but the industry must also become less dependent on subsidies and become more competitive with traditional fossil fuel energy sources.

The Chief Executive of Siemens, Felix Ferlemann, thinks that the sector must get serious about cost. For Siemens itself that means more automation in the manufacturing process. The company is also looking at the process of product development differently with an emphasis on bringing down the cost, and by focusing on more standardisation of products/components which can then be used for multiple platforms, instead of for a single turbine design. Suppliers are then able to scale up the production and lower the costs. One of the main reasons why Siemens now focuses on direct drive turbines is to reduce the number of components and to simplify the design to save costs as well.

New Turbines
New turbines were also presented at the show. Most companies are now focusing on the larger (5MW plus) turbines but Gamesa has just launched a new 2MW version. The G114-2.0MW Class IIIA is designed to achieve maximum returns from low-wind sites. The G114 turbine features a 114-metre diameter rotor with a swept area of 10,207m², which represents an increase of 38% in swept area and 20% in annual energy output when compared to the G97-2.0MW turbine.

A new player was also present this year: Mervento from Finland showcased its new design of a direct drive turbine which is specially designed for harsh climate conditions. The Mervento 3.6-118 has a rated power of 3.6MW and a rotor diameter of 118 metres. The turbine is being type certified in accordance with IEC 61400-1, for class IIA wind conditions. The Mervento 3.6-118 is designed for both nearshore and offshore markets. The first prototype of the Mervento turbine has recently been installed at the wind power plant in Öjen, Vaasa, Finland. 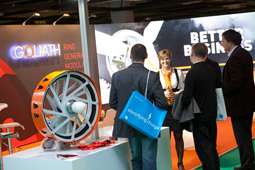 Besides the more traditional horizontal axis turbines there was also a design that was ‘ thinking outside the box’. Goliath from Estonia showcased its ring generator concept. In all generators, kinetic energy moves magnet poles to induce electricity in conductive windings; ring generators can be run at very low speeds because they have a large number of poles. Consequently, they do not require a gearbox but are run directly from the wind turbine rotor. The GW 3-100 is a 3MW wind turbine optimised for wind classes IIb and III. Its philosophy reflects simplicity and modular design, achieved by passive air cooling and a 12-phase ring generator made of manually replaceable parts. Goliath uses its own ring generator technology with permanent magnets made from special composites in order to reach maximum corrosion protection.

Cooperation Between Companies
Companies are also working together more when developing new products. During the show Moventas and The Switch announced that they will soon be delivering the first commercial order for FusionDrive, their jointly developed gear and generator combination. The first delivery is going to be to DeWind. Using a medium-speed wind power generation technology, FusionDrive is a small and light combination of gears and generator. 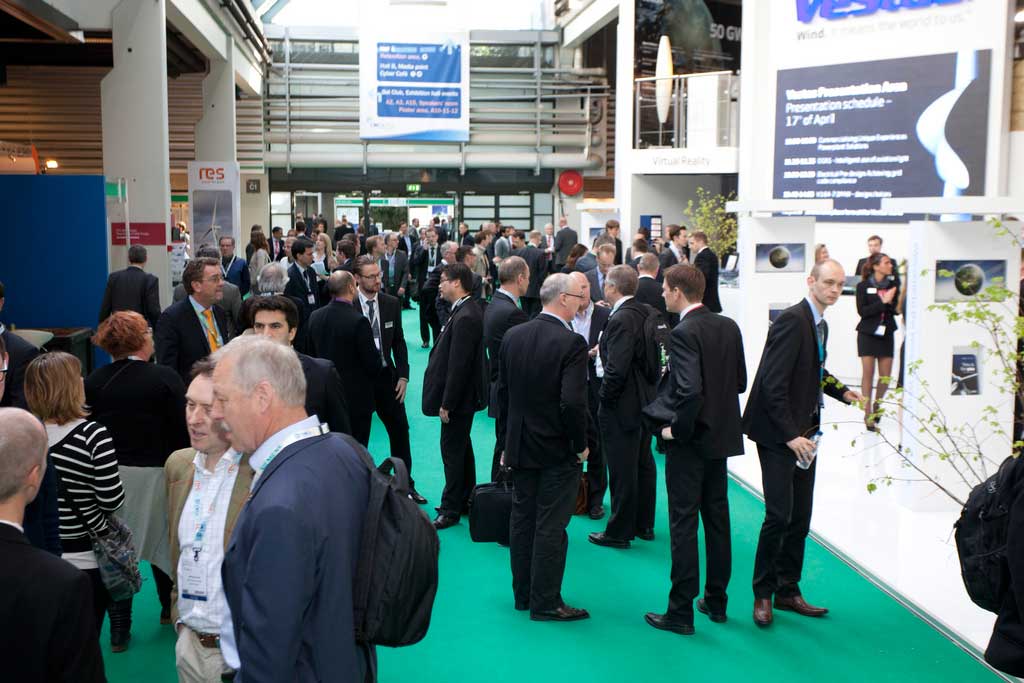 Sinovel and Mita-Teknik have also entered into an agreement under which Sinovel purchases PLCs and software from Mita-Teknik, and the two companies will work together to develop customised control systems. Under the new agreement, the two companies will co-develop the next generation of control systems and provide products and solutions to clients in China, as well as to the rest of the world.

Next Year’s Event
We’ve summarised a few of our thoughts on this year’s event, but if you really want to get a good impression of where our industry is heading, you need to attend the event yourself. Next year EWEA 2013 will be held in Vienna, Austria, from 4 till 7 February. See you there!{/access}
Joomla SEF URLs by Artio