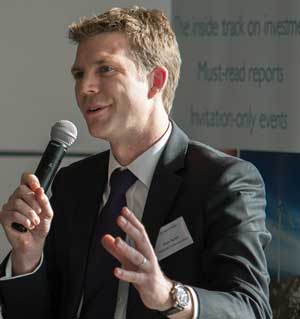 Spain’s wind market may finally be on the up again. Recent government auctions for renewable energy projects offer hope to a devastated sector following brutal retroactive subsidy cuts in 2012. However, regaining the trust of investors and developers, still smarting from the cuts, will not be easy.

Many will remember Spain’s former glory as a wind energy hub, fourth in the world only to China, the USA and Germany. At the end of 2012, Spain boasted 23GW of wind power capacity, having installed 1.1GW that year alone.

But then came the cuts. The Spanish government had remained steadfast in its support of the wind industry following the financial crash of 2008, but by 2012 it was at breaking point. A series of austerity measures designed to pull Spain out of its recession culminated in the abolition of feed-in tariffs and the introduction of ‘reasonable returns’, limiting the profit owners could make from their wind farms.

The effect on developers and asset owners was, predictably, devastating. Spanish utility Acciona reported a € 2 billion loss in 2013. In the same year, Spain’s wind power increased by just 175MW, and the year 2015 failed to see even one megawatt of wind energy added to the Spanish grid.

However, the Spanish economy recorded GDP growth of 3.2% in 2015 and 2016, and is forecast by the OECD and the International Monetary Fund to experience similar growth in 2017. With the economy strengthening, the government is looking to add 4GW of wind power to the Spanish grid by 2020.

Unfortunately, as A Word About Wind’s Q4 Finance Quarterly report states, investor confidence will not be easy to win back. The cuts in 2012 betrayed the trust of many who, confident of guaranteed returns, had already pledged their money to projects. Of the 30 legal challenges posed by overseas investors in regard to the retroactive cuts, just two have been resolved to date.

Investor scepticism is not the only threat to Spain’s wind market. The lack of warning about the recent auctions left many developers scrambling to prepare, and uncertainty also hangs over the ‘reasonable returns’ cap on wind farm profits which, while currently at 7.39%, is due for reappraisal in 2019. Speculation – using the return on ten-year government bonds as a benchmark – suggests it may fall as low as 4.5%, a figure potent enough to damage the industry even as a hypothetical.

The 2020 deadline by which projects must achieve financial close to qualify for subsidies poses an additional challenge. Wind farms, with their long lead times, may struggle to meet this target.

To stabilise the market, the government must consider the wind industry and the investors it has mistreated, and outline decisions years in advance so that developers can plan for policy changes in good time.

The Spanish government’s renewal of auctions for renewable energy projects is certainly a good start. But there remains a long way to go to restore Spain’s wind market to its former strength and stability.